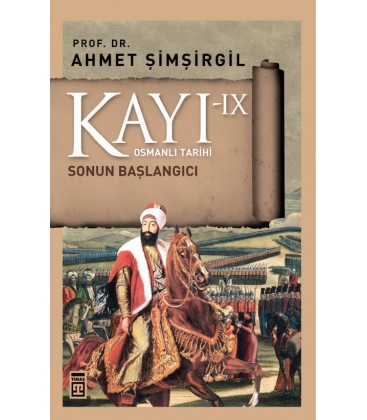 Section-IX: the beginning of the end

Section-IX: the beginning of the end

Why Shop at Transformer

The best choice for high quality at good prices.

We ship to over 100 countries worldwide through fast and reliable delivery partners.

“Thanks to Almighty God, the great servant of the ancestors that are beyond the reach conquer-i enjoy mubin. This resulted in great service. God bless all of you. Meskur wrong with Sa. Henceforth unity and togetherness, country jobs, let's fix the status of the people.”

On the dissolution of the janissary Corps

Sultan II. From the speech of Sultan Mahmud II...

Sultan II. Mahmoud, did she pass the booze? Him who, why “the infidel Sultan said?

The Greek Patriarchate in “revenge of the door.”what was the secret of being still open?

Tepedelenli Ali paşa was why death?

Although the issue of the inner face of Mehmed Ali Pasha, what was it?

The tanzimat architect Mustafa reşid paşa and what was the extent of the relationship with the British antique?

Mecca and Medina who did the biggest service to the Sultan who was it?

The first Sultan traveling to Europe in the time of which took place during this trip and what happened?

Sultan Murad V. to the throne coup was passing a Mason?

Prof. Dr. Ahmet simsirgil of the story with his unique style the length of the belt continues. Simsirgil, KAYI IX: the beginning of the end of the Ottoman Empire the reader on the edge of the years he spent with the book will take you on the journey towards. Sultan II. Efforts to restore the central authority of Sultan Mahmud ii, the empire with in their efforts to revive the reforms of Sultan abdülmecid, Sultan abdülaziz, Sultan Murad V. and in the period of national re prancing posture is to provide the reader the facts.

Be the first to write your review!

This is a custom block edited from admin panel.You can insert any content here.

30 other products in the same category: